At the end of January, Merck Biopharma pharmaceutical company held its annual Winter conference for the staff of its Russian branch. Almost 300 attendees from over 20 cities gathered in Vienna to get some first-hand knowledge about company goals and strategy for 2019.

We interviewed  Anna Krutova, the head of the conference design team and Merck Biopharma business coach, who told us how an event app can help corporate event organizers save their resources

Each year, Merck Biopharma invites its employees to the annual Winter conference. This year we started preparing for the conference as early as in June. The focus of the event was Accountability Training Program. This is a patented program with some elements of psychological training that teaches teams to take responsibility and achieve large-scale goals. When developing the concept of the entire event, our task was to prepare attendees’ outlook for the new experience, pull them out of their customary work environment and make them able to process the training program in its patented form. Bringing our plans to life took a lot of time and effort. We expanded the organizers team from 4 to 20 members and hired a creative agency.

After we found an agency and a provider of logistic services, we started thinking about how we should support our concept from the technology viewpoint. The idea of using a mobile app was in the air.

With an app, you can instantly inform a large number of people and eliminate paper handouts, so attendees will no longer need to carry around all that paper that gets lost so easily.

We already used the application last year and appreciated its advantages. But this time we wanted a lot more from the app. In addition to the event program, attendee list and venue map, we had signups for additional activities in the app, different  attendee groups with separate group chats, questions to speakers broadcast to a big screen, a special section on the event dress code, polls, and gamification.

We even had a virtual character inhabiting the app, who kept everyone updated on the latest news, announced activities and helped us create the desired atmosphere.

Thanks to the app, we were able to get rid of all paper materials. We even decided to go without printed schedules. The year before, we had printed them out, just in case, because we had been apprehensive about the attendees’ response to the application.

This year we took a different path and funneled all resources towards making the application the only source of information about the event. We could not afford to spread ourselves too thin, and besides, the application was closely integrated into the concept of the event.

As a sales trainer, I realized that the idea of using the application instead of paper handouts had to be “sold” to the staff. And we did that in several different ways.

By making the app the only source of information about the conference we achieved 100% adoption rate. This helped us to resolve rather complicated logistic problems with minimal effort. The application gave us the desired level of coordination and smoothness: not a single attendee or group got lost in time or space, everybody’s opinion was heard and everybody’s vote was counted. At the same time, our team did not get distracted with routine tasks and was able to concentrate on the most important things.

As a physician by training, I would like to draw the following analogy: a surgeon enters the operating room when nurses and other personnel have already prepared everything for the operation; the surgeon does their highly skilled job without being distracted by anything, then just steps back and says “close up”. This allows to effectively use resources without wasting any of them.

The same thing is true about organizing events. You can’t be making an event schedule in Excel, trying not to mess up all those columns and lines, and, at the same time, be thinking about some high-flying concept: these tasks are at totally different levels, and nothing good will come out of mixing them. The mobile application relieved us of all routine tasks and made it possible to focus on the event goals.

Illustrated questions, versatile rating, neat animations, and improved survey management “Polls and Surveys” is one of the most high-demand modules in Eventicious apps. It can be used to collect feedback, add interactive elements to a presentation, do a quick on-the-spot test, and much more. 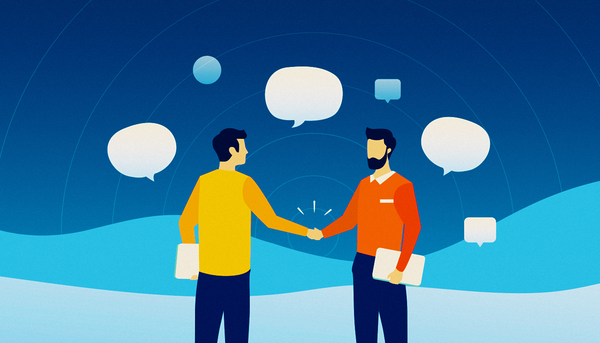 One of the most popular reasons why event organizers commission a mobile app is because they care about their audience. And so do we! In an effort to make our