This year Mercury Development celebrated its 20th anniversary. The company treated it 250 employees and their families to a grand fete held at a picturesque out-of-town location. The event had its own mobile app that not only became a magic wand for the event organizers, but also helped to bring to life a quite unusual idea: make a Black Mirror Bandersnatch-style interactive movie.

Problem: how do we transport attendees to an out-of-town location?

Problem description: some people will drive, others will need transportation. One bus won’t do, but how many do we need? The trip will take about two hours. We don’t want anyone to be bored, including those driving their own vehicles.

On the day before the party, all attendees received an email inviting them to install the app. After signing in to the app, they were asked to specify how they would be travelling to the venue, and reserve a seat on a bus. This was done via the “Booking” feature in the Eventicious app, which can be used to sign up for any activity (or, in this case, for transportation) in one click. In addition to that, you can limit how many people can sign up, and users can see who of their colleagues are already on the list.

After all attendees had indicated their preferences, the organizers were able to figure out how many buses they would need and to print out passenger lists in just one click. These routine tasks always take a lot of the organizers’ valuable time, and the app made the entire process much simpler.

The two hours it took to get to the venue felt like two minutes: to make sure that everyone is entertained, a funny quiz was added to the app, with questions on the company's history, traditions and everyday life. When the party guests arrived at the venue, a lunch was already waiting for them, and then they had a few hours of free time to enjoy various activities: soccer, volleyball, cycling, playing drums, swimming in the pool, etc. To make it easier for everyone to find their way between different activity areas, an interactive map was added to the app. Organizers used push notifications to share important information and keep everyone updated and organized.

Groovy time for a movie time

There was nothing extraordinary in how Mercury Development used an event app to deliver a better experience at its anniversary party — many companies do the same. However, there was something very unusual about the app itself. At the peak of the celebration, a special section appeared in the app, and it was announced that a movie about the company would premiere during the gala dinner.

It was not just an ordinary movie, but a Bandersnatch-style interactive movie. Thanks to the app, the event became as interactive as it can possibly be, with the audience itself making decisions on what turn the movie would take right during its debut screening.

At certain points, the movie was paused to give the viewers time to decide which direction the story should take. The viewers voted in the app and saw the results on their device screens. The presenter announced the storyline that received most votes, and then the next part of the movie was played.

After the event, attendees could view alternative storylines (in total, there were ten of them)

The shooting of the movie took 5 days, with a crew of 10 film makers and a cast of several dozen company employees working for 12-14 hours a day. 413 takes were shot to make a 20-minute long movie. Final scenes were filmed at the venue, just a few hours before the premiere.

At the end of the event, the organizers collected feedback via the app to make their next event even more interesting and entertaining. The event app and its functionality received the highest rating from practically everyone. 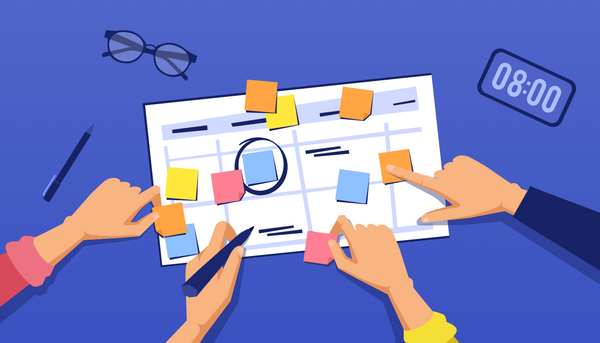 Organizing an event is essentially the same as working on a project. There are not many differences between creating a mobile application and organizing a business conference, because in both 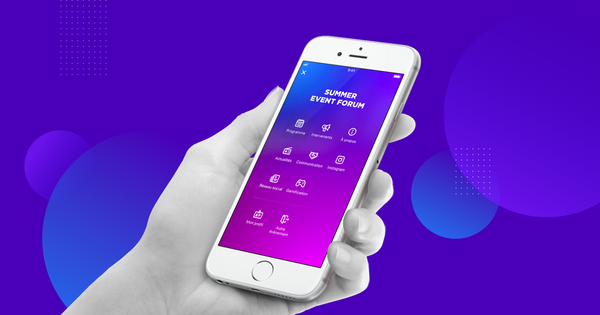 The Eventicious development team has over 20 members. Yes, that’s how many people it takes to develop and support a high-quality digital product with hundreds of thousands of users.