Moving events from offline to online involves much more than just replacing in-person presentations with virtual ones.

Competing with the Internet and fighting for follow-through rates

Out of every ten people who registered for an online event, only two or three will actually join the live stream (and this is the best-case scenario). The Internet has so many interesting things to offer, apart from the conference live stream: social networks, funny videos, captivating publications. Even if event organizers managed to interest someone enough to make them register for the event, it will take additional effort to ensure that they follow through on their intention and actually watch the live stream.

Competing with real life and fighting for retention

Even if an online attendee joins the broadcast, it does not mean they won’t stop watching it halfway through. They may be distracted by their children, by house chores, by a delivery at their door, and by a million other things they may be doing while watching the event.

This leads to only one conclusion: pulling off a successful online event takes more than just an interesting program and a quality live stream. You need recruitment, retention and engagement tools.

Over the months since the COVID-19 restrictions were put in place, we have participated in several dozen online events that used the Event.Rocks platform, and not only as contractors: we were also the co-organizers of several event industry conferences, so we saw the situation from both sides.

Our own experience has shown that, when speaking about online events, the event platform is much more than just a place where online participants get together. Essentially, the platform and the possibilities it offers for holding attention, engaging and retaining the audience – this is what constitutes an event.

The platform defines the event style and atmosphere and has the biggest impact on the attendees’ experience.

Another important thing is event duration. We can actually see that more and more events are being extended in time. Now that events are not tied to a physical venue, they can take up an entire week, or even more. People are physically unable to stay in front of their screens for eight hours, and organizers take that into account when they make online activities shorter (not more than 4 hours), but occurring at regular intervals.

For example, a two-day conference, when moved online, may be transformed into a series of virtual round table discussions and master classes broadcast once a week over three months.

This is a worldwide trend, an example of which is the Vidcon convention for YouTubers, which was previously held over a summer weekend and gathered several thousands of the platform enthusiasts. This year, it stretched over almost three months. Instead of a tightly packed program, it offered several themed tracks with new content provided daily or weekly.

Another example is ITB Asia 2020. Its organizers announced the launch of ITB Community that will offer a year-long program of virtual activities.

Organizers of “long-playing” events face their own challenges. They need to jolt the attendees out of their day-to-day routine and pull them online, and not just one time, but again and again.

Previously, event organizers used email to communicate with attendees, but it doesn’t work for online events. For example, you can send an email 15 minutes before the start of your event, but the recipient may not read it until late at night.

In this case you need different, more real-time tools to maintain permanent contact and instantly notify everyone about the start of the next activity. That means that essentially you need a community. And this is how online events were transformed into active communities.

Those event organizers who already had a live and active community built around their events even before the ‘corona crisis’ erupted, found themselves in a more advantageous position: it was easier for them to gather the audience, to remind about themselves. But those who used to rely exclusively on live interaction had to make a sharp turn and start building their communities.

The importance of “in-betweens”

In the new reality, an event is no longer about organizing a webinar, a round table discussion or a workshop. Now the most important thing is to provide carefully planned activities between such events.

This creates something larger than just an event: “eventunity”, a format that involves more interaction with the audience community formed around the event brand.

This may seem very similar to the good old webinar series, but this is not true. Webinars, even webinar series are still several individual presentations. They can have a common subject or speaker, but on their own they don’t build a community. On most webinar platforms, attendees can communicate with each other only during the webinar. After that, for the next one or two weeks, everyone is on their own.

“Eventunity“ – event-community – requires a platform where communication can continue uninterrupted for the entire duration of the “long-playing“ event.  This platform will form the foundation of the event, and the broadcast venue will become of secondary importance.

Being a part of something bigger

People have always been coming to events so that they can feel a part of something bigger than themselves: a part of a landmark event, a member of a professional community, etc.   In the offline world, this feeling of belongingness lasts only for a few days, until the event is over.

The philosophy behind “eventunity” assumes that a person becomes a part of a community for a long time. This brings additional value to the event: participants not only receive information, they are constantly in touch, constantly in two-way communication with people on the same wavelength.

A foundation for building a community around an event can be laid using social networks, messenger apps, or virtual event platforms with integrated messengers, such as Event.Rocks. But whatever platform is used, it won’t build an active community on its own. Community will not emerge and will not survive without content and activity management.

Community interactions will continue to remain a key aspect of the events industry for at least the next ten years, and this is something event organizers should keep in mind. 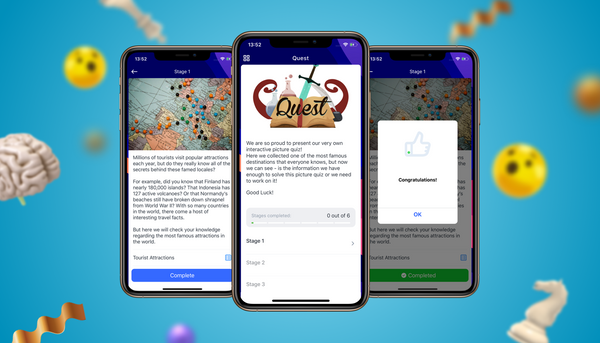 The main purpose of our new Quests module is to add some fun and interactivity to your event apps. It doesn’t matter where the event is held, online or 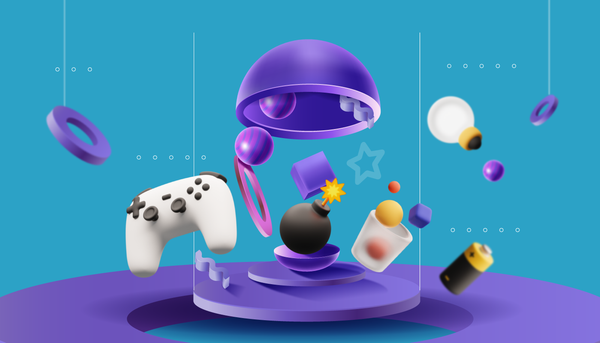