On May 16-19 Sochi hosted Gastreet International Restaurant Show 2017, for which we made a mobile application. This year, the secluded town of restaurateurs was visited by more than 3,000 people. We asked Evgenya Sufiyanova, one of the event organizers, how they prepared, organized and promoted the event.

Many media wrote that you had gathered the best speakers in your field. Please tell us how you built communication. Did it take a lot of coaxing?

There was no need to coax anyone: Gastreet has a reputation of the largest educational project in its field in Russia and CIS. We are changing the restaurant market in this country, and we are changing it for the better. This was our starting point when we were inviting speakers to share their experience. In all history of Gastreet, no one has ever been paid to speak at the event. Arkady Novikov, Alexander Rappoport, and all other 250 speakers over the three years have spoken for free, inspired by the idea.

Gastreet inspired quite a lot of attendees. And what about your? What was your inspiration?

The truth is, there are practically no sources of inspiration in this country. I am talking about similar shows, large-scale events, etc. That’s why we visit world capitals to see how events are happening there, looking out for the best, then adapt it somehow, do it our way. This year, we attended Madrid Fusion in Madrid, which is a very popular chef convention. We went to Omnivore in Paris, which is a festival of young cuisine. We went to the USA to the biggest bar convention “Tales of Cocktails”, which was an anniversary event. We are looking to other countries for inspiration, that’s why what we come up with is so different from everything else in this country.

What was the most difficult part of organizing this event?

Obviously, construction and technical implementation of the project. We had to organize our event at a venue where the structure was simply not designed for events of this kind.For example, we had to do a lot of plumbing to get water in and out of the conference hall, so that chefs could prepare food, wash their hands, and rinse utensils. We had to make sure that all devices, combi ovens, etc., are working properly.  And, of course, rain caused us a lot of trouble this year: it is very hard to connect wiring for the entire food court in a pouring rain, it’s really dangerous and life-threatening. The platform was assembled later. But then, when you step up on the platform, face the 3,000 crowd and say “Hello everyone! Let’s start!”, after that everything goes like clockwork. The most difficult thing was to build and assemble everything.

You had a lot of volunteers. How many exactly? How did you entice them?

Volunteers are a separate story altogether. In 2015, when nobody yet knew anything about Gastreet, we posted on Facebook asking people to volunteer. Back then, we had as many as 7 volunteers. Then next year, there was no need to post anything, people were queuing up. As far as I remember, we used about 30 volunteers. This year, we had a very strict selection process, and the competition was really tough. There were 66 winners from all over the country, who heroically held out for all five days; each of them deserves a monument. Some of them did not even see the event, spent 4 days at the checkpoint. We too have been asking ourselves: why are they doing it? Obviously, not for the free hat and tee-shirt that we give them.  We do provide food and accommodation, but we do not pay them anything. They say it’s cool to be part of the Gastreet team, it feels good to know that they contributed to organizing such a large-scale event and were a part of it.

The event had 3,013 attendees. Do you know approximately what percentage came from capital cities and what from the regions, and how many locals?

How did you promote your event?

In this country, there are not so many events in our field that can boast that many attendees. One thing I know is that organizers of a similar event in Moscow spent 20 million rubles on targeted ads.  The amount we spent on targeted advertising was 500 thousand rubles. Our best promotion is our name - and word of mouth. Gastreet — International Restaurant Show has become a real brand, and, frankly, it does not need that much promoting.We had a task to inform the capital and trend setters. But that’s easy. You publish something on Facebook, and the job is done. Much more difficult is reaching out to far-away regions, where there are promising and ambitious restaurateurs who have never heard about Gastreet. This is where we used targeting, sms mailings, all online tools known to us. Our main task was to catch an eye of modern audience. And their eyes are on computer and phone screens.

Last year you were burying Cesar. This year, you were shooting at bongs. What’s next?

I don’t know, maybe we’ll be burying karaoke, maybe Philadelphia rolls. We have not decided yet, but I’m sure it’ll be fun.

In your experience, what role does technology play in organizing events?

In my opinion, a most important role. That’s how we differ from others: we are always the first to implement new technology, know-how, etc. There are so many ready-to-use solutions, but many organizers still keep arranging badges in alphabetical order and then making several thousand people play the “find your name in the sea of badges” game to get registered. We are very much into technology, and I think we were the first to create a mobile application that really answers all questions.

Our first experience with a mobile application was at BarStreet Show, and it was really exciting. We were greatly impressed by how many people downloaded the app. And also by the fact that people were actually using it. This year, the Gastreet application had much more functionality and information. We actively used push notifications, which were instrumental in keeping a crowd of several thousand people informed and under control.

I’ll tell you a secret: next year, we are planning for even greater integration between the website and the application. We want everything to be available on the phone, so that people could print out tickets or buy something if they forgot to do it.  I think the future is for those who today invest in technology, try to make intuitive and easy-to-use websites, simplify account settings, etc.  We are a little fixated on that. 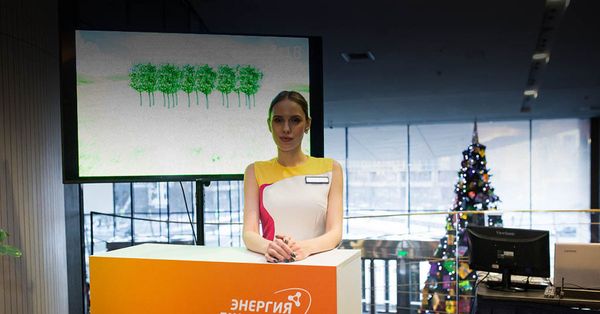 Is it possible to combine a corporate conference with an ecological volunteer project? Can you make our employees embrace volunteering, one of our core corporate values, while they will be 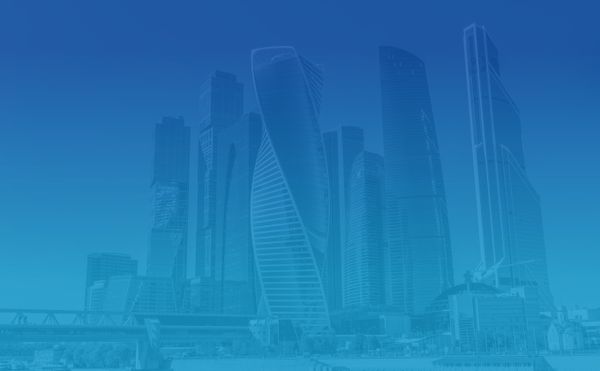 Eventicious built an app for Cisco Connect 2017, a large-scale event that took place on April 4-5 in Moscow International Trade Center This was a significant event that gathered more